Skip to content
Home » Field » Field placements with the VA

Christin Aletky was working as a counselor with parole violators and realized that a number of her clients were military veterans. Aletky, who served in the U.S. Navy for six years as a nuclear power plant engineer, was surprised to see so many veterans in such trouble. For her, the navy experience was filled with opportunities.

“We ask a lot from this population and it seems unacceptable to me to see how many fall through the cracks,” she said of veterans of the armed services. “Substance abuse is a big problem, homelessness is a big problem. Not to mention dealing with effects of traumatic brain injury and military sexual trauma.”

Aletky had a chance to help veterans deal with some of those problems when she interned at a Veterans Administration (VA) facility in Austin during spring 2013. It was her final fieldwork placement before she received her MSSW in May from the School of Social Work. 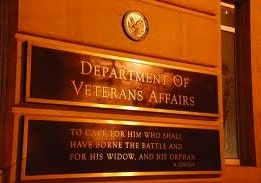 During spring 2013, Aletky and other social work students completed more than 540 hours each in VA facilities in Austin, Killeen, San Antonio and Madison, Wis., and at a military medical facility in Germany.

The field placements are part of the school’s efforts to ensure that its graduates are ready to serve the nation’s veterans, active members of the armed forces, and their families.

The need for social workers in military settings is set to grow. The Department of Veterans Affairs, already the biggest employer of social workers in the United States, will have more patients as troops return from overseas postings. The U.S. has withdrawn combat troops from Iraq and is winding down its involvement in Afghanistan.

The VA recently opened a new outpatient clinic in Austin that is the biggest in the country. The clinic serves 23,000 patients from 39 counties and is expected to serve 30,000 patients by 2025.

Social workers provide a variety of services to veterans and to those on active duty. They ensure continuity of care. They provide professional clinical services to treat mental health issues including the effects of post-traumatic stress disorder (PTSD) and traumatic brain injury (TBI). And through counseling and guidance, social workers help veterans adjust to the return to civilian life. There’s also help for families when service members are away from home and when they return.

As with all the School of Social Work’s field placements, Aletky and her colleagues provided essential services while they got real world experience. School of Social Work undergraduate and graduate students provide more than 200,000 hours of service in about 350 agencies in Texas and nearly a dozen other states.

This past spring, the social work students in veterans’ facilities worked directly with patients in a variety of roles. Aletky was the social worker on a team of caregivers that included a psychiatrist and three psychologists. She met with veterans referred by doctors to determine what mental health needs the veterans might have.

“I find it very rewarding,” she said. “When we talk in social work about professional use of self this is a good use of myself and my experience. It’s a nice synthesis of all the things I’ve done.”

For Meghann Flynn, her internship at a medical center in Germany was truly life changing. She is now applying to join the Air Force as a direct result of her rewarding experience with active duty service members.

“It was humbling to be able to witness and become a part of a motivated and dedicated military hospital community overseas,” said Flynn.

Laura Leslie, who also received her MSSW in May 2013, worked with veterans at the Austin VA facility that focuses on mental health services. Not a veteran herself, Leslie started a non-profit organization called WarriorWorks to help veterans readjust to civilian life after their military service.

Tamara Trent worked at the VA facility in Temple on the Post Traumatic Stress Clinical Team. She said that with the large population of service members and veterans in the area around Killeen, which include Fort Hood, there is high demand for services. Trent had a caseload of nine veterans who she saw weekly. They ranged from Vietnam veterans, who had not previously sought treatment, to those recently returned from Iraq and Afghanistan.

While the VA can offer much help to veterans, Trent is concerned about what happens to the patients when they leave the VA. She said the hope is that they take the skills they learn from treatment at the VA and function well in the world.

“I’m trying to figure out where they go after this this,” she said, adding that there are not a lot of private practitioners in the area who are familiar with PTSD issues.

The students said they found their field placement rewarding and they would like to continue working with veterans.

One thing is nearly certain: The need for social workers in military settings won’t diminish soon.

“These wars are having a long-lasting impact in our culture. We’ll keep on serving veterans and their families,” Trent said.