For years, Elaine Eisenbaum has been a Special Olympics volunteer and member of unified teams, in which people with and without intellectual disabilities are teammates.This winter she moved to the international level of Special Olympics by attending the World Winter Games in PyeongChang, Korea. 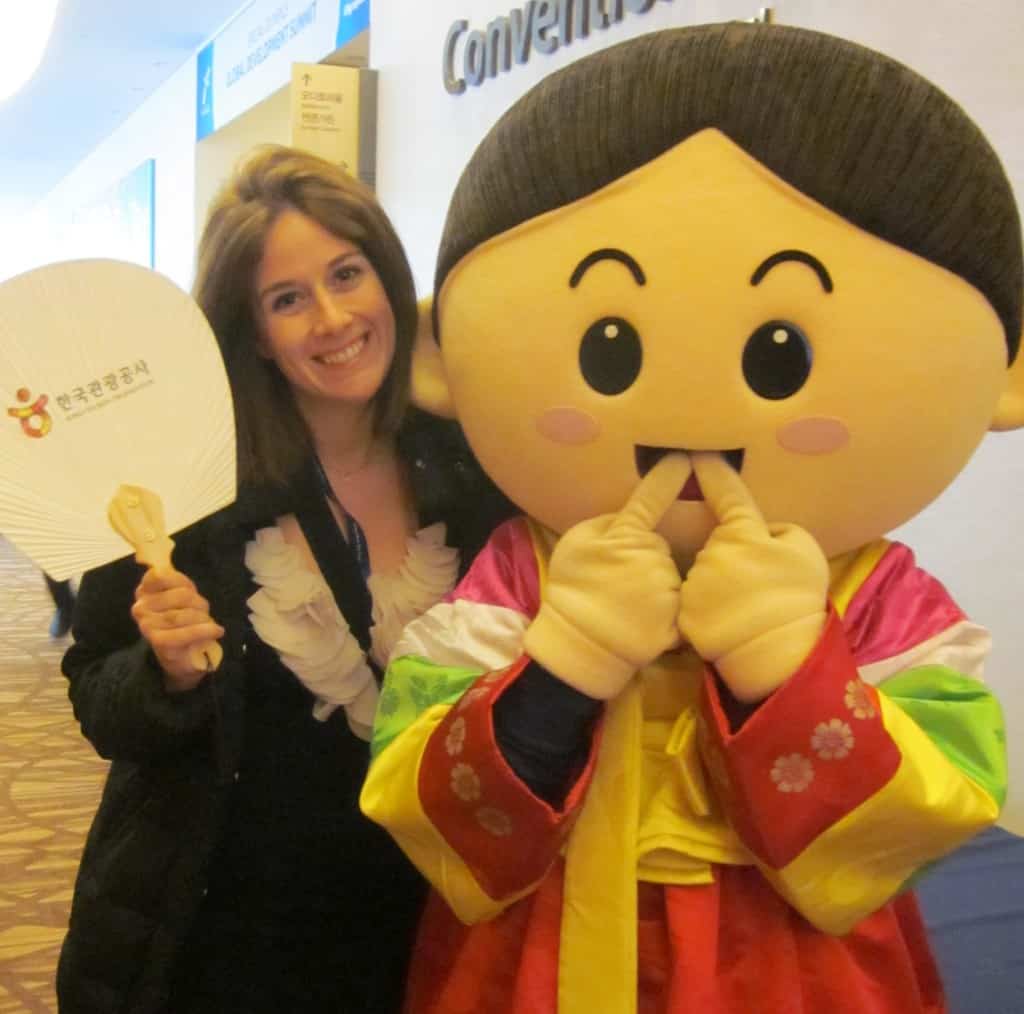 Eisenbaum, a 2012-13 Powers Fellow and doctoral student in the School of Social Work at The University of Texas, was selected to be one of the 20 members of the Special Olympics’ Global Scholar delegation. Her time at the games was more about policy than play, although she and the other delegates did get to mix with the athletes and see competition in figure skating, speed skating, downhill skiing, snowboarding, floor hockey and other sports.

With the Global Scholars program, the Specials Olympics seeks to engage young researchers like Eisenbaum in the Special Olympics experience and in the issues surrounding the intellectually disabled and build a global network of researchers interested in those issues.

Her selection has a Global Scholar was well deserved, said James Schwab, a professor in the School of Social Work.

“Elaine has been committed to empowering people with intellectual disabilities for her entire educational career,” said James Schwab. “Her professional career has been devoted to this population, continuing through her work with the Center for Disability Studies and teaching an elective on the subject to our undergraduate students in the summer.”

Meeting and working with the other delegates was the highlight of the trip, Eisenbaum said.

“The chance to connect with scholars from around the world on what they’re doing to push inclusion was so interesting,” she said. “Especially coming from the United States, hearing what they doing in other countries was informative.”

She said working with her peers from around the world was a stimulating experience.

“I feel empowered because I have a larger network of people to research with, to advocate with to work with on these policy issues,” she said. “It certainly left me with a sense of empowerment in terms of being connected.”

Eisenbaum’s main research is in improving delivery of services to people with intellectual and developmental disabilities. She hopes to continue working with her new colleagues.

“Seeing people with intellectual disabilities participate in sports puts them in a new light for many people,” she said. “They see the participants can be robust, active members of society.”