R. Steven Hicks, BA ’72, owns and serves as executive chairman of the Austin-based private investment firm Capstar  Partners, LLC.  In February 2009, Hicks was appointed to The University of Texas System Board of Regents by Gov. Rick Perry. He was reappointed in February 2011, and again in January 2015 by Gov. Greg Abbott. 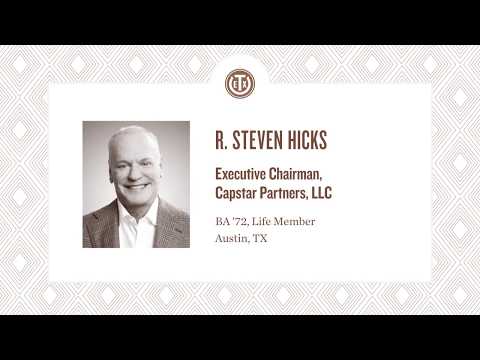