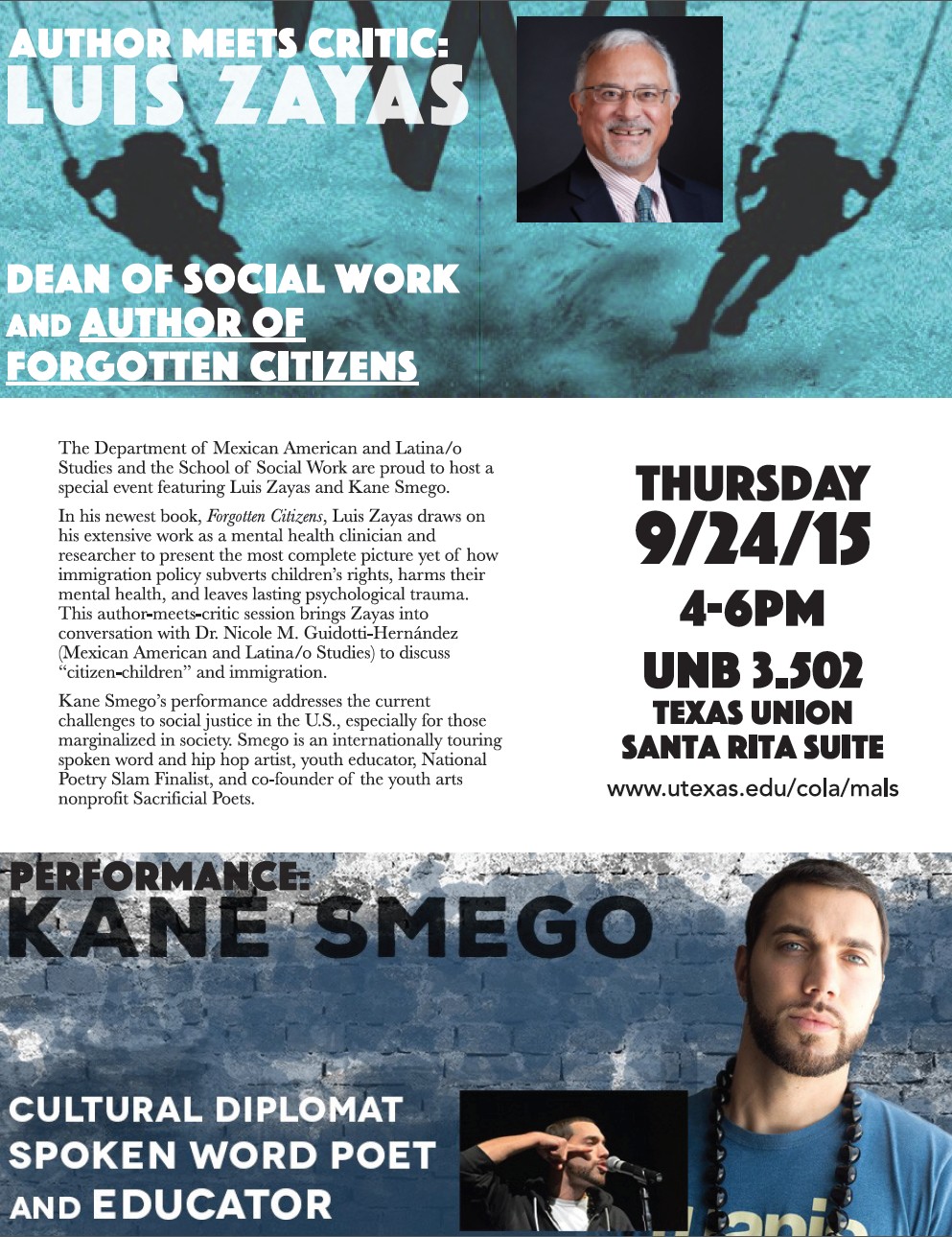 In his newest book, Forgotten Citizens. Deportation, Children, and the Making of American Exiles and Orphans (Oxford University Press), Zayas holds a mirror to a nation in crisis. Zayas draws on his extensive work as a mental health clinician and researcher to present the most complete picture yet of how immigration policy subverts children’s rights, harms their mental health, and leaves lasting psychological trauma. This author-meets-critics panel brings Zayas into conversation with the field of Mexican American and Latina/o Studies and Dr. Nicole M. Guidotti-Hernández to discuss this book in particular and Zayas’s significant contribution to the scholarship about the world of “citizen-children,” a population at the center of the current immigration debate.
Kane Smego will address the current challenges to social justice in the United States, especially for those who are marginalized in society. Smego is an internationally touring spoken word and hip hop artist, youth educator, National Poetry Slam Finalist, and co-founder of the youth arts nonprofit Sacrificial Poets. He has performed and realized workshops across the United States and abroad in Africa, Asia, the Middle East, Europe, and Latin America. He believes in the power of storytelling as a tool for healing, recording and transmitting history, and building community across lines of difference. A native of Durham, North Carolina, Kane now resides in Los Angeles, California.