La Opinion, one of the top Spanish language daily newspapers in the country, featured  a study by Dr. Christopher Salas-Wright and colleagues about prevalence of antisocial behavior among immigrants and native born Americans.

The study, recently published in the journal Social Psychiatry and Psychiatric Epidemiology, was based on a nationally representative survey that included roughly 43,000 people. Findings include that immigrants (from various region of the world, including Latin America), were significantly less likely to report involvement in a variety of violent and non-violent antisocial behaviors, including bullying, stealing, and racking up traffic tickets.

Findings also show a worrisome aspect of what it means to adapt to the American way: immigrants who came to the U.S. before they became teenagers were more likely to have troubled behaviors, and the longer people spent in the country, the more likely they were to do so.

“The results of our study go against the usual analysis and the way in which popular culture portray immigrants,” said Salas-Wright. “This is really a very interesting paradox. Here we only present the data, it’s not the type of study that is trying to explain what is going on. But other studies have pointed, as a possible explanation, to the need of immigrants of working hard and keeping away from the police to make sure they make a better life for themselves.”

The study and its results were also featured in the Los Angeles Times and Know More section of the Washington Post, among other media outlets. 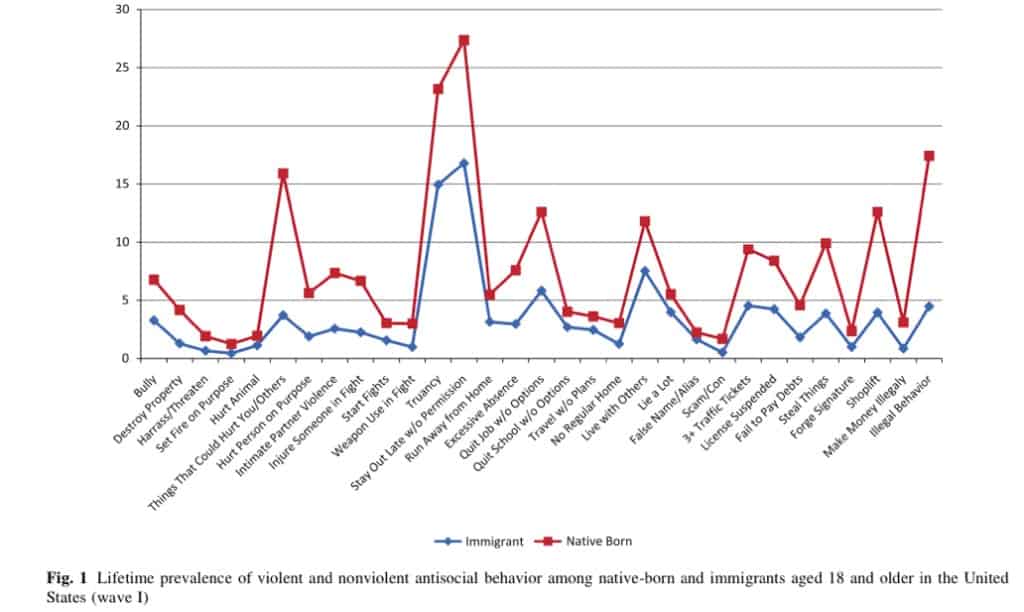