In celebration of Hispanic Heritage Month, we share a roundup of initiatives at the Steve Hicks School of Social Work related to Hispanic/Latinx populations

The U.S. Census Bureau projects that by 2060 Latinos will comprise more than one quarter of the country’s population. In Texas, where the Latino share of the population is 36 percent, there is a growing demand from employers for Spanish-speaking social workers that are culturally able to work with Latinos.

At UT Austin, the Steve Hicks School of Social Work is accelerating the recruitment and education of bilingual master’s students for careers in the health and mental health workforce of Central Texas.

Through the St. David’s Foundation Bilingual Social Work Scholars program, every year the school funds up to ten Spanish-speaking students who commit to stay in the area for a time after graduating.

The school offers a Spanish for social workers course that helps students develop ethical and effective communication with diverse Spanish-speaking populations and their corresponding environments.

During the master’s program, students have the opportunity to sharpen their bilingual skills with internships in the numerous Texas agencies that serve the needs of Spanish-speaking clients. Students have also completed internships in Oaxaca, Mexico.

For students who want to go deeper, the Steve Hicks School of Social Work offers a dual degree with the nationally recognized Teresa Lozano Long Institute of Latin American Studies (LLILAS). Through the three-year program, students acquire clinical skills, develop cultural and linguistic competency suited to diverse Latino and Latin American populations, conduct research in the United States or in Latin American countries, and write a thesis. Students in the program’s fist cohort have graduating in 2018 and have completed research projects that span from Austin to Lima.

Through the Girasol program at the school’s Texas Institute for Child & Family Wellbeing, researchers and students work with community partners to support  immigrant children and families heal from trauma. Girasol includes initiatives such as Navegando Austin, a website that compiles resources accessible to the Spanish-speaking undocumented community in Austin, and the Social Work Detention Response Team, which collaborates with the Law School’s Immigration Law Clinic to provide legal support services to immigrant and children in the Karnes detention center.

Many faculty members at the Steve Hicks School of Social Work focus their research on Latino populations. Students with a personal or professional interest in Latino issues have the opportunity to meet them for conversation, mentorship and network opportunities through the recently launched Latinx Students and Scholars Network. The professors participating in the network are: 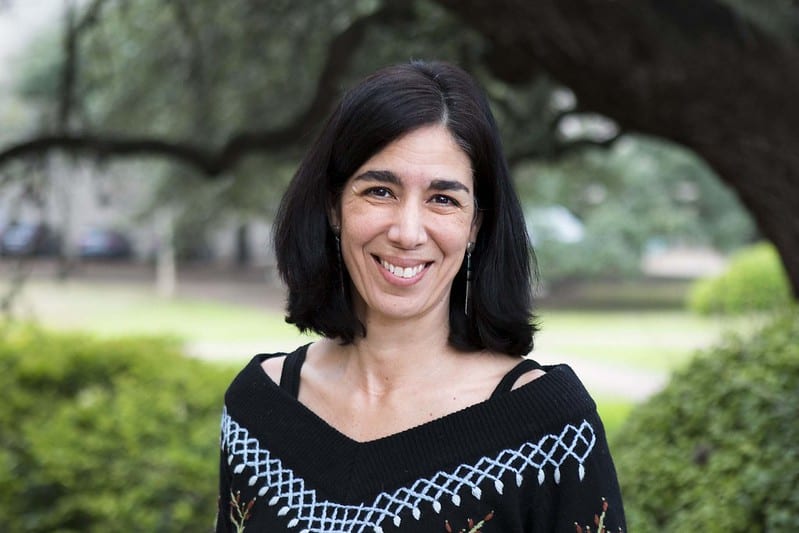 Esther Calzada is a second-generation Dominican American who grew up straddling Dominican and mainstream U.S. cultures. Now, as a clinical child psychologist working in a school of social work, her research aims to advance understanding of Latino culture and family and intergenerational processes.  She has worked extensively in developing and testing interventions and is passionate about providing services that respect and empower Latinx parents in raising children to be healthy and successful in mainstream culture while preserving their Latino culture. She is also committed to efforts to enhance diversity and inclusion within the Steve Hicks School of Social Work community and within the field more broadly. 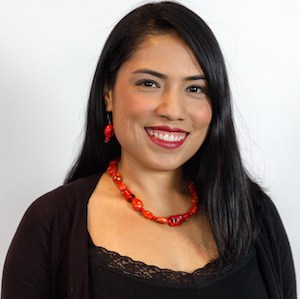 Yessenia Castro is a first-generation Mexican American scientist dedicated to conducting research that improves the health of people from disadvantaged groups. Her research focuses on the development, cultural adaptation, and evaluation of behavioral interventions for smoking and alcohol use among Latino populations, and she is interested in understanding how sociocultural factors such as gender, race, ethnicity, and acculturation influence health behavior. Alongside her commitment to health disparities research, she is deeply motivated to mentor future researchers of health disparities and future service providers to disadvantaged groups. She believes strongly that significant advancements in the elimination of health disparities necessitates greater participation of persons from historically underrepresented and disadvantaged groups in the nation’s pool of scientific practitioners and researchers. 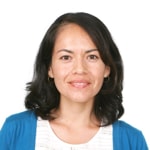 Mercedes Hernandez is a second-generation Mexican American who has focused her research on addressing disparities in access and quality of treatment among Latinos with mental illness and their family members. Her interest in this area of research comes from her extensive clinical practice as a psychiatric social worker with multicultural populations in community public mental health settings. Her research has revealed the critical role that families have in treatment access and symptom management among Latinos with schizophrenia. Most recently, she has expanded the focus of her work to incorporate Latinas who are at risk for substance-exposed pregnancies. She is interested in understanding the sociocultural factors and cross-cultural differences in intervention outcomes within this vulnerable group. 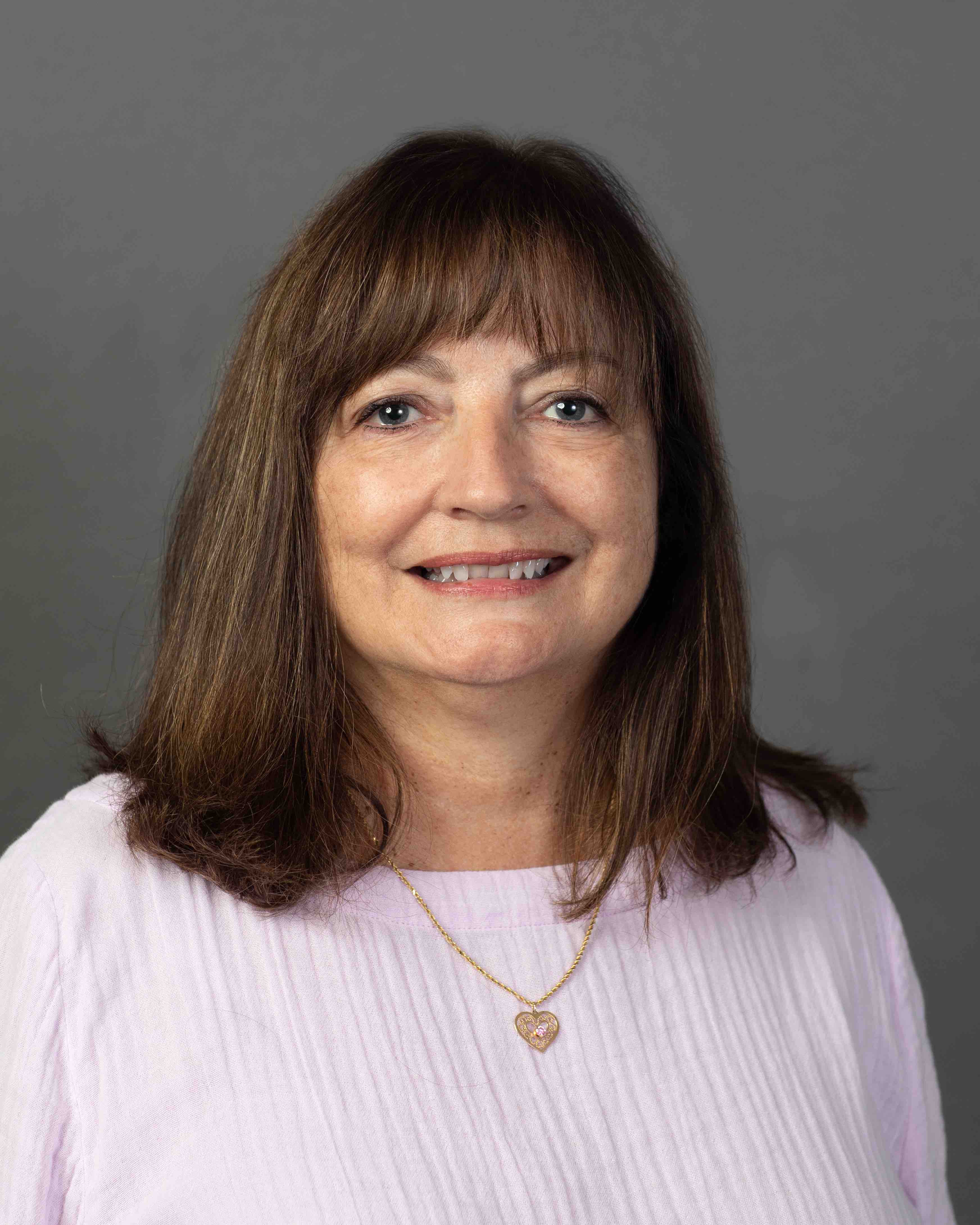 Sandy Magaña grew up in Southern California, where her Mexican-American family had settled after crossing the El Paso border during the Mexican revolution. Her research focuses on Latino families of children with developmental disabilities and autism, an interest that comes from her time as a social worker in California working with Spanish-speaking families of children with disabilities. She is now investigating racial and ethnic disparities among children with autism and developmental disabilities, and developing culturally relevant interventions to address these disparities. Professor Magaña is new to UT Austin and is currently involved in several exciting projects, one of which is aimed at early identification and treatment of Latino children with autism in Central Texas. 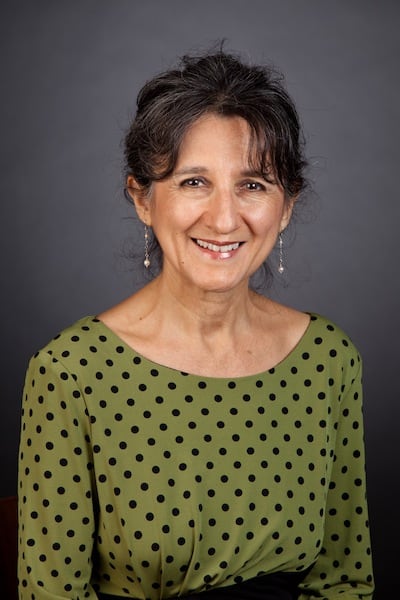 Yolanda Padilla grew up on the U.S.-Mexico border and is passionate about studying and serving the needs Latino communities. Shewa’s recently involved with a research project looking at the needs of the Latino community in Georgetown, which is the county seat of one Texas’s ten counties with the fastest-growing Hispanic populations. The research team, which included undergraduate and doctoral students, found that some of the main issues Latino residents face were lack of public transportation, while having to go out of Georgetown to find work. Lack of access to healthcare was another issue that emerged. In some cases community members with whom we spoke shared that they had gone to the Mexican border to access affordable health care for conditions as serious as cancer. The resulting report was used to make positive changes: the Georgetown Health Foundation, which funded the study, created a community liaison position to learn about the Latino residents’ health needs; Latino residents established a community council to formalize political representation, and the city council approved a fixed bus system route.

Ruben Parra-Cardona is a first-generation immigrant from Chihuahua, Mexico. He is interested in helping low-income Latino/a immigrant parents improve their parenting skills, particularly in families that are exposed to intense contextual challenges and stressors such as discrimination, poverty, and limited access to bilingual and culturally relevant resources. He has used the lessons learned during his work and research in the United States to collaborate with Mexican institutions and state governments in the implementation of prevention programs of research. He also works on the cultural evaluation of programs for survivors of intimate partner violence, as well as offenders. Finally, he is strongly committed to mentoring students interested in working with underserved populations.

Carmen Valdez was born in San Salvador, El Salvador, but immigrated to the United States with her family in 1980 due to a civil war in her home country. She returned to El Salvador in the mid 80s, where she finished high school and attended college before completing graduate degrees in Baltimore and Austin. Her personal experiences navigating between two worlds have been influential in her professional interests with immigrant families. Professor Valdez is new to the Steve Hicks School of Social Work, and has a joint appointment with the Dell Medical School’s Department of Population Health. She is currently evaluating a family-focused intervention for Latinx families affected by maternal depression that is being implemented in select schools in Wisconsin. She also conducts research on immigration policy and its effects in the daily lives of Latinos in the United States. 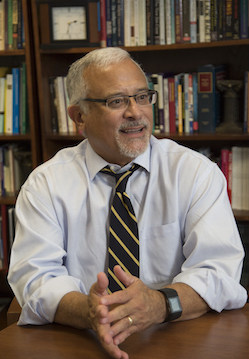 Luis H. Zayas grew up in Coamo, Puerto Rico. His research and clinical practice have always focused on disadvantaged, disenfranchised, and racial and ethnic minority families and children. Whether it was in children’s physical rehabilitation, child and adolescent mental health, or primary care clinics, he was always drawn to the unique challenges of these populations but particularly their strengths as individuals and families. He has researched the values that Latina moms espouse for their children, the suicide attempts of teenage Latinas, the alcohol use of young Hispanic men, and the plight of immigrants and refugees from Mexico and Central America.