Skip to content
Home » Field » GRACE for the Gray Tsunami

One morning last fall, Delilah Dominguez gathered with a group of older adults with varying levels of memory loss. She distributed copies of an image and gently prompted the group to talk about what they saw in it. Contributions poured in, taking all forms—long, short, descriptive, funny, lyrical, matter-of-fact—as the group engaged with the image and with each other. Dominguez, as quickly as she could, wrote each contribution on a giant board, stringing them together into a story that she then repeated orally, to the group’s amusement and delight. 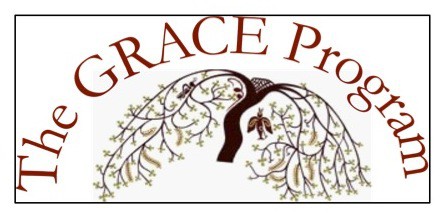 Dominguez, who was then a master’s student at the School of Social Work at The University of Texas at Austin, led this storytelling activity every week during one semester as part of her GRACE field internship. The GRACE Program, which is funded by the St. David’s Foundation, provides fellowships to master’s level students who wish to specialize in geriatric social work, or working in the field of elderly care.

“The GRACE program is a way of addressing the so-called Gray Tsunami. This term is used, sometimes in an alarmist way, to capture the impact that so many people aging at the same time will have on our society,” explained clinical professor Sarah Swords, who is also the GRACE program coordinator. “As social workers, our focus is on the needs: how can we best serve the needs of the growing population of elderly Americans?”

The Bureau of Labor Statistics has predicted that, given the current trends in population aging, by 2020 the United States will require between sixty and seventy thousand social workers in the field of elderly care. In Central Texas alone, the Aging Services Council estimates that by 2040 older adults will comprise nearly one fifth (18%) of the region’s population, up from its current eight percent.

GRACE students are required to participate in gerontology educational events throughout the year, and to do their fieldwork at agencies that provide services to older adults. One of these agencies is West Oaks Rehabilitation Center, where Dominguez was placed last fall.

“I realized that depression is a big problem in this population, as well as boredom, feelings of abandonment, and isolation,” Dominguez said. “I have a background in drama that I wanted to incorporate, and that’s why I decided to do the storytelling intervention for people with memory loss. It was a great experience. The group quickly grew to twenty participants or so, and they all would look forward to the meeting every week.”

“The cost of college was a big concern for me, so it was exciting to know that if I wanted to work with older adults I could be supported through the GRACE program,” Dominguez added. Dominguez graduated in 2014, and is now the director of Age of Central Texas‘s Early Memory Loss Support Program.

“That’s something very interesting about the GRACE program,” Whipple said. “It doesn’t focus only on training social workers to provide direct services to older adults, but actually covers any service that may have an impact on this population.”

GRACE students come to the field of geriatric social work for many reasons—and sometimes with a gentle push by Swords.

“Many students initially tell me that they are not interested in working with older adults,” Swords said. “And then, over the course of their two years in the master’s program, so many come to me and say, ‘You know, I’ve met this older client and he has this amazing life experience, and now I want to work with older people.’ I’m always on a mission, making sure that students don’t forget about older adults and their families.”

For Dominguez, her personal experiences with her aging grandmother played a role in her decision to come into geriatric social work.

“I was not pleased with my grandmother’s experience at the end of her life, as she was shuffled from nursing home to nursing home,” Dominguez said. “As I was not a social worker then, I didn’t know what resources were available, or even where to look for them. Educating myself and being able to help other people in this situation was very important to me.”

For GRACE student Emerald Adler, working with older adults was at the same time difficult and fascinating because of the lifetime of experiences, and losses, that they have. Adler was placed at Jewish Family Services, where she ran a weekly grief and bereavement group and conducted home visits.

“I found myself addressing grief issues with everyone. Even though I might be talking with someone who is eighty years old, I’m still talking about childhood experiences, how they raised their children, things that they regret or miss, and so on,” Adler said.

“I have seen what it looks like when you are aging with dignity, and when you are not,” Adler added. “Investing in older adults is beneficial to all of us because, hopefully, we all will get there someday.”