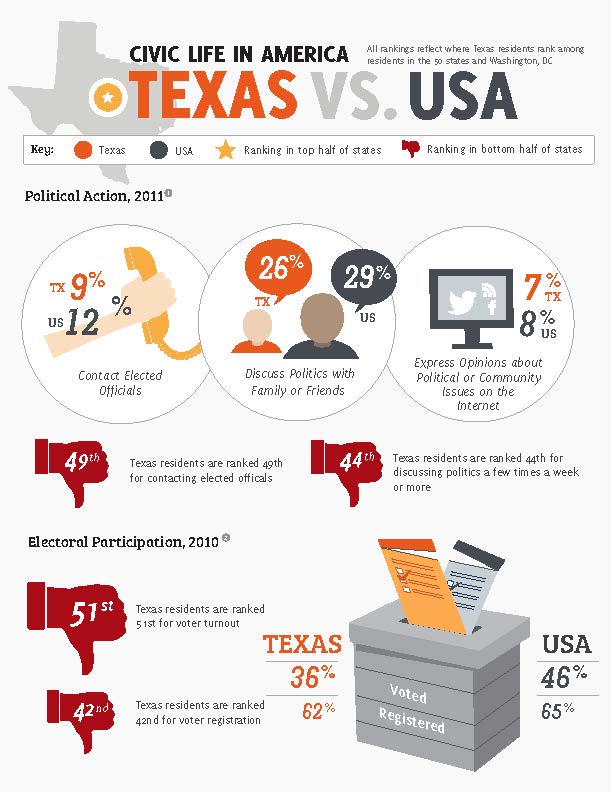 Emily Einsohn, MSSW ’13, is one of the four authors of the Texas Civic Health Index, a new report jointly released by the Annette Strauss Institute for Civic Life at The University of Texas at Austin and the National Conference on Citizenship, a congressionally chartered group that evaluates civic participation.

The report provides a comprehensive, first-time look at civic and political engagement in Texas. Data were obtained from U.S. Census Bureau surveys that ask citizens about their political participation (such as voting and contacting public officials), civic involvement (such as donating, volunteering, and belonging to organized groups), and social connectedness (such as dining with family regularly and exchanging favors with neighbors).