Skip to content
Home » News » Down by the Border

While most students spend the height of Spring Break relaxing in the sun or jamming out at an outdoor concert, social work student Sarah Hudson and a small group of other Longhorns sorted through donated clothes to give to newly arrived refugee families in South Texas.

This is the second year Hudson participated in Alternative Breaks, a UT Austin immersive community service experience that sends groups of students to different service projects around the United States. This year’s trip focused on service related to poverty and immigration in the Rio Grande Valley along the U.S.-Mexico border. 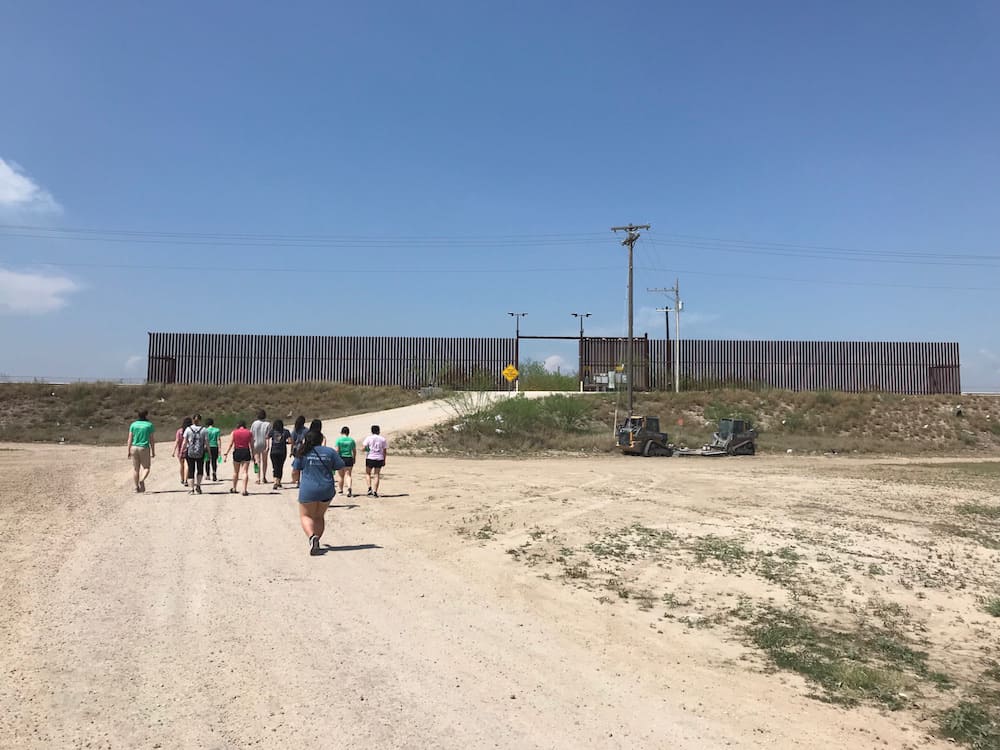 Hudson said that the process leading up to the trip involves weekly readings and discussion meetings around theories and current events that prepare  students for the environment that they’re going to serve in.

“We’re expected to be very self-aware of the implications of our service, and that includes understanding how all of your personal experiences and your background shape your perceptions of the service that you’re doing and the populations that you’re working with,” Hudson said. “We also look at how the privileges we hold can be very powerful and how they can be utilized in the right places and in the right ways.”

In the Rio Grande Valley, Hudson and her peers worked with organizations embedded in the local community like the Sacred Heart Refugee Center, a Catholic organization that provides respite and assistance to immigrants just released from immigration processing. When an immigrant enters the country without authorization, they may be detained briefly and later released by Immigration and Customs Enforcement (ICE) until an immigration court date can be set.

Nearly 80 families arrived to the center on the day that Hudson and the Alternative Breaks crew worked there. She helped find clothes, set up sleeping cots, and serve whatever meals could be prepared from the donations that the center received.

“It’s really unfortunate that people from private organizations and from NGOs have to scrape up whatever they can to try to restore some sort of dignity to this process, but people are doing what they can and that’s what’s important.”

For many Longhorns who have done the South Texas trip in the past, a day like this is among the hardest ones to perform service. Families who have traveled from as far as Central America come in with small children, and adults wear ankle monitors assigned to them during their ICE processing. They don’t even have shoelaces on their shoes because they are searched to the utmost extent during this procedure, Hudson said.

“It was really intense to see the magnitude of the journey that these people are going through,” Hudson said. “They’re not treated with dignity at any point in the federal process and that was very disheartening to a certain extent, but it was really nice to interact with them as families. Despite everything that they might have been through to get there, there was still so much hope and energy.”

Hudson’s group also helped build new houses with Proyecto Azteca, an organization based in San Juan, Texas, that provides housing to low-income residents living in colonias — informal settlements that often lack a combination of basic services like water and electricity. 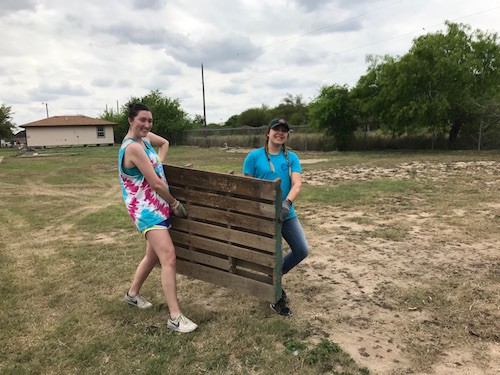 The wide range of service experiences furthered Hudson’s understanding about the structures that affect the populations served during the Alternative Breaks trip. She originally chose to go to South Texas because she wanted to immerse herself in a service project focused on an issue she wasn’t familiar with.

“Immigration isn’t an issue that I have a lot of personal experience or connection to, so I know it’s an area where I have a lot of learning to do,” she said. “As someone who aspires to be an advocate and a social worker, it’s really important to know how to understand issues that may not personally affect you and then appropriately magnify and draw attention to other populations without letting your voice overpower the voice of those who are directly affected.”

The service trip can be a heavy experience, and Hudson appreciates that Alternative Breaks  helps students process their experience when they return by encouraging them to be active citizens.

“It stresses the importance of openness and and willingness to learn and adapt,” Hudson said. “The goal of service-learning is to become aware of issues and adapt your behavior and your lifestyle accordingly to the best of your abilities to be a more accountable and responsible citizen and ally.”

For Hudson, the trip has challenged her to think of ways that she can work in macro social work, even though she currently does more micro or clinical work.

“The trip also taught me that you can’t compartmentalize your activism to one facet of your life,” Hudson said. “It can’t just be your career. I can’t just be something that you do in your free time. Service has to be a lens and an attitude that you adopt and an obligation that you carry with you.”