AUSTIN, Texas – University of Texas School of Social Work Dean Luis H. Zayas and Professor Diana DiNitto have been selected as 2012 Fellows to the American Academy of Social Work and Social Welfare, an honorific society of scholars and practitioners dedicated to achieving excellence in the fields.

The Academy Board recently selected 17 Fellows for their distinguished accomplishments as scholars and practitioners dedicated to achieving excellence in high-impact work that advances social good.

Luis H. Zayas, Ph.D., was appointed dean of the School of Social Work in January 2012, the culmination of a long career in social work practice, research and education.

After receiving his graduate degree in social work from Columbia University, Zayas practiced in some of the neediest communities of New York’s south Bronx and Spanish Harlem. He credits this work on the frontlines with spurring his interest in research on the suicide attempts of young Hispanic girls, parenting and childrearing, and what causes some families to function well and others to fail.

Zayas has held appoints on the faculties of Columbia University, Albert Einstein College of Medicine, Fordham University, and Washington University in St. Louis, teaching in social work, family medicine, and psychiatry. His research has been funded by the National Institutes of Health, the National Science Foundation, and other private and public sources. Zayas maintains an active program of research and occasionally consults on the cases of U.S. citizen-children whose parents are under deportation proceedings.

“Being selected to the Academy is a highlight in my career,” Zayas says. “But it is not simply my accomplishment. This kind of achievement can only happen when one works with exceptional and supportive colleagues like the social work faculty at The University of Texas at Austin.” 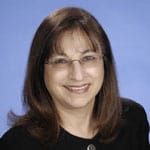 DiNitto is widely known and respected scholar for her work on social welfare policy and alcohol and drug problems.

She is a recipient of the Lifetime Achievement Award of the Social Welfare Policy Practice Group and has assisted the National Association of Social Workers, Association for Medical Education and Research in Substance Abuse (AMERSA), and Council on Social Work Education on alcohol- and drug-related projects and in other capacities.

The career center and a faculty mentoring award at the UT-Austin School of Social Work are named in her honor. DiNitto is an advocate for drug policy reform.

The American Academy of Social Work and Social Welfare will hold the 2012 Fellows Induction Ceremony and Lecture Nov. 10 at 6:30 p.m., during the Council on Social Work Education (CSWE) 58th Annual Program Meeting at the Washington Hilton in Washington, D.C.