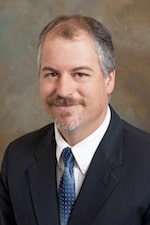 , Texas – Jon Weizenbaum, a graduate of The University of Texas at Austin School of Social Work, will be the next commissioner of the Department of Aging and Disability Services (DADS).

Health and Human Services Executive Commissioner Kyle Janek, M.D., made the announcement Oct. 30. Weizenbaum has been deputy commissioner at DADS since 2006 and has twice served as the agency’s interim commissioner.

“Jon is a highly capable and compassionate leader,” Janek said. “He’s a policy expert, and his first priority is always how our polices affect the people we serve.”

DADS provides a comprehensive array of services for older Texans and individuals with disabilities. The agency has almost 18,000 employees statewide and an annual budget of more than $5 billion. Its duties include regulating long-term services and nursing homes and operating state supported living centers for people with profound developmental disabilities.

Weizenbaum’s appointment was made with the approval of Gov. Rick Perry and is effective immediately.

“I’m honored to have been selected to lead DADS,” Weizenbaum said. “I welcome the opportunity to work with this talented team as we strive to provide the highest quality programs to the Texans we serve.”

He also was legislative policy director for the Texas Senate Committee on Health and Human Services, specializing in aging and disability services, and has experience as a clinical social worker.