One of the first respondents assisting Dove Springs families was Leonor Vargas, the director of the Consuelo Mendez Family Resource Center (CMFRC) and a graduate of the School of Social Work.

“Our initial response was to families telling us that they were needing help, that they were stranded” said Vargas. “They would call and say ‘I’m on the roof with my kids.’ So we went out there to see what was going on, and got on the phone and started calling our partners.”

Among the first people Vargas called was Kathleen Armenta, a Clinical Associate professor at the School of Social Work and a faculty adviser to the student-led Social Justice Action Coalition (SJAC).

“As social workers, we have an ethical responsibility to respond in a disaster, so that’s what I’m doing,” said Armenta. “This is a very large neighborhood, and these people had no warning. Suddenly, there was water running through their house, and they were trying to get on their roof.”

Since the flooding, Armenta and SJAC have been collaborating with CMFRC to raise funds and gather donations for the Dove Springs community. Efforts have included bake sales—which raised close to $1,000—at the University of Texas campus, donation drives, and student recruitment for volunteer work. 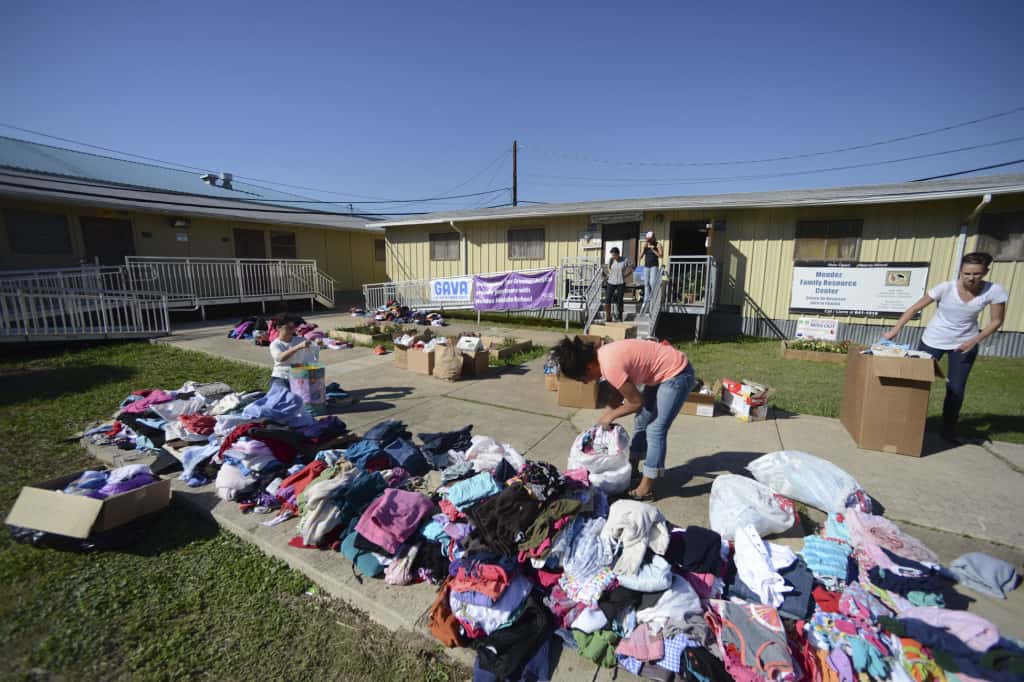 As a community, Dove Springs has faced some difficult challenges in recent history. A 2010 study by UT School of Architecture noted that Dove Springs is approximately two-thirds Latino, with areas of high population density, and a median income significantly lower than the rest of Austin. With a strong Latino presence, Dove Springs has also become an important immigrant destination.

“I think that one of the challenges that immediately came to surface was that this community has a large amount of Spanish speaking families, and organizations weren’t prepared to offer help,” said Vargas.

Some families were initially distrustful of government officials and relief services as a result of the undocumented status of family members. In response, Vargas and CMFRC contacted Spanish language media and the Mexican consulate to disseminate the message that relief aid was not contingent on immigration status. Additionally, in the days after the flooding, CMFRC established legal clinics where residents were informed of their rights. Vargas emphasized that the relief effort was framed as a conversation:

“A lot of what’s been happening is talking to the residents; talking to the community leaders, and identifying what their needs are. We’ve been working really close with the neighborhood association. They are residents and community organizers who started setting up command posts in the center of where the flood happened.”

Vargas said that the Dove Springs community has shown great resilience and strength in the midst of tragedy.

“I grew up in a community like this and we just took care of each other without any questions,” she said. “In Dove Springs, we’ve all shared with our neighbors the little that we have, and that has been really moving for me.”

Vargas recognized such a sense of community in the recent actions of the School of Social Work.

To contribute to the flood relief efforts in Dove Springs, contact the Consuelo Mendez Family Resource Center at 512-841-1016.