Skip to content
Home » News » 13 years of success at Garza

Thirteen years ago, Dr. Cynthia Franklin, the Stiernberg/Spencer Family Professor in Mental Health at The University of Texas at Austin School of Social Work, received a call from a newly established alternative school in East Austin. Principal Victoria Baldwin, at Gonzalo Garza Independence High School, wanted to bring mental health services to Garza, and had heard that Franklin was the person to talk to.

Out of that conversation ensued a collaboration that has spanned for more than a decade and a model school based on Solution-Focused Brief Therapy (SFBT). SFBT is a therapeutic approach that, as implemented at Garza, focuses on students’ goals, strengths, and resources; and helps students build solutions by assisting them in envisioning the future they want and enacting the steps to make it happen.

Since that first call in 2000, Garza High School has become known as a solution-focused high school, and has been recognized as a model dropout prevention program that provides high academic success for its students.

“The key to our approach is flexibility with accountability,” said Dr. Linda Webb, Garza’s current principal and a staunch supporter of the solution-focused approach. “It allows us to do what is needed, and also understand that we can’t do it for students. We work to ensure that students have the opportunity, and that they understand that they are in charge.”

A bit of history

Garza was founded in 1998 in the Austin Independent School District as a dropout prevention school with the best practices in education. These included an open-enrollment policy and a self-paced curriculum, which allow students to start school or complete courses anytime during the school year. The school functions on a year-round five-semester system of eight weeks of classes followed by two weeks off. Garza student population includes seasoned high school dropouts to recent high school transfers with a minimum of 10 credits.

Beginning in 2000, with the help of Franklin and funding from the Hogg Foundation for Mental Health, Garza incorporated SFBT.

“The experience with SFBT at Garza was unique,” Franklin explained. “In other schools I had implemented it as a counseling program, that is, we pulled kids and gave them therapy sessions. At Garza, the entire school was fashioned in accordance with SFBT principles. Everyone dealing with students was trained, from the janitor to the principal. It was really about creating a solution-building culture for the whole school.”

Teachers and staff were trained in the use of “solution talk,” which emphasizes students’ strengths and resources so that they have the confidence they need to take small steps toward the goals they set for themselves.

“We taught teachers that when you are helping a student change, the most important thing is for the student to set a goal,” said Franklin. “This is part of the solution-building process, each student has to describe what they want in the form of a very specific goal, even new students went to an orientation where they had to write a plan that said where they would be in five years.”

Teachers and staff were also trained in specific techniques to encourage behavioral change processes, and to set consequences in a way that made students responsible for their own behavior. 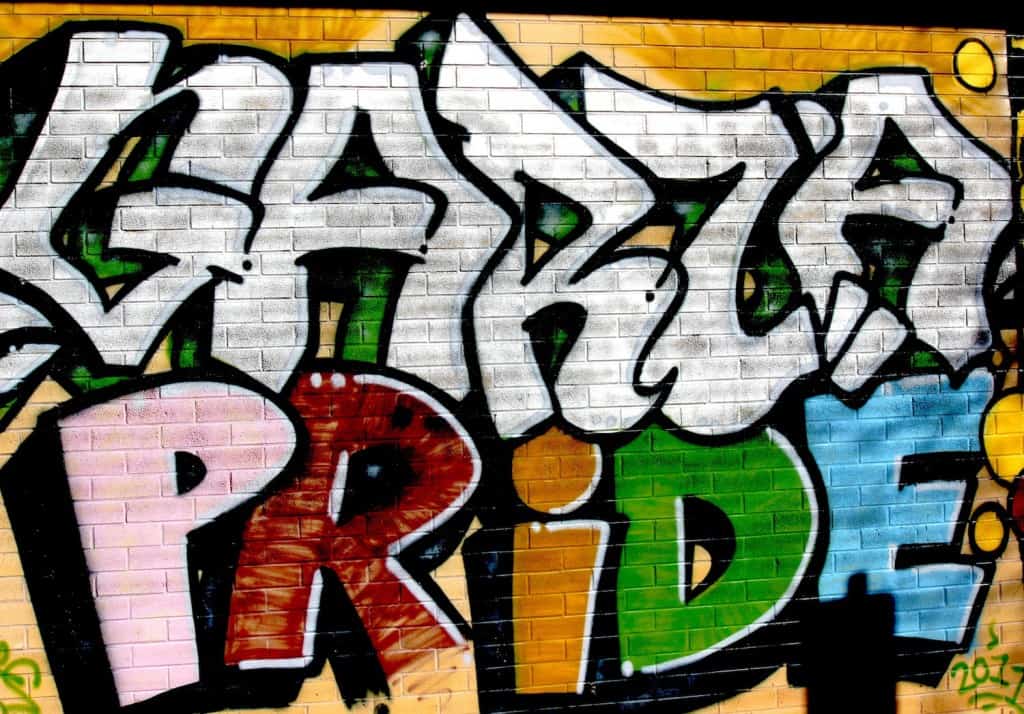 “Youth who dropout of school usually have negative stories about school staff and their performance in school. We trained teachers in how to use language and relationship skills to construct new experiences, and to guide students to see themselves and others differently,” explained Franklin. “Students quickly got the new narratives. They would say things like, ‘when I came to Garza I learned what I was good at’ and ‘teachers all care about me here.’ These statements reflect the positive feelings and viewpoints created by the school’s solution-building culture.”

Perhaps the most famous SFBT feature at Garza is the “Star Walk” that celebrates each student’s successful completion of all graduation requirements. The graduating student is provided an opportunity to reflect on what they have done and to rehearse their future goals. Then the student leads a processional walk along the school hallways with a star plaque commemorating the event, and receives acknowledgment and applause from classmates, teachers, and staff.

In 2008, principal Baldwin retired and Dr. Linda Webb came in.

“I had been involved with Garza for years, and I knew Vicky Baldwin very well,” said Webb. “I believe Garza continues to be successful in part because of the relationship Vicky and I have. She is always welcome to campus, and we have lunch once a month. I think it’s very important that you know your history in order to progress into the future.”

Under Webb’s leadership, staff members were re-trained in SFBT and some adjustments were made to reflect the new stage in Garza’s evolution.

“Vicky fought to set Garza up. When I came, the main issue was where we were going to go,” explained Webb. “We re-trained because sometimes you lose sight of the basics. There was a feeling that kids were not being held accountable enough. So we had very honest conversations, we revisited the tools we had, and we were able to re-stabilize ourselves.”

Most recently, Webb is working in the creation of a counseling clinic to provide mental health resources and thus allow Garza to better respond to the needs of different students.

By 2008, Franklin had also started to publish results from her research at Garza, contributing to a growing body of evidence about the effectiveness of SFBT in schools. In addition, with funding from the Hogg Foundation for Mental Health and the collaboration of School of Social Work professor Dr. Calvin Streeter, Franklin had produced a training manual on the solution-focused high school for the purposes of understanding and replicating the Garza model.

“I was in the UK giving a keynote speech at the Brief Therapy Conference, and I found out that the manual was being used by a group of educators in Wales,” Franklin recalled. “They had put together an entire school district, what we would call an school district, based upon this model, and using this manual!”

The dividends of a sustained partnership

Since being refashioned as a solution-focused school, Garza has attracted national and international attention. In 2012 it was recognized by the U.S. Department of Education as one of only 43 programs across the country exemplifying potential best practices and effectiveness in improving outcomes for at-risk students. Educators from all over the United States and the world have made trips to Austin to visit and study the school.

“I think what made Garza successful and most importantly, sustainable, is that we made teachers and staff experts in the SFBT model,” concluded Franklin. “I have lived through this and have seen the ongoing success of Garza, and I still can’t believe that this high school is known in so many different parts of the world! I would say it is an inspiration. Garza high school has truly become a successful dropout prevention program and an inspiration to educators.”